The ISU Film Producers Club is focused on the creation, production and showcasing of student films as well as educating members on film styles, creation, production, and appreciation of motion picture. As Iowa State University does not have a film production or film studies major, this club provides an outlet for students who wish to write, direct, produce, video graph, act in, learn about, or simply enjoy films. Throughout the year, students have the opportunity write and create short films as well as watch, analyze, and discuss classic and modern films. The club also has a website which showcases some of the clubs productions, news, calendar of events, resources, and advertises the club to prospective members. 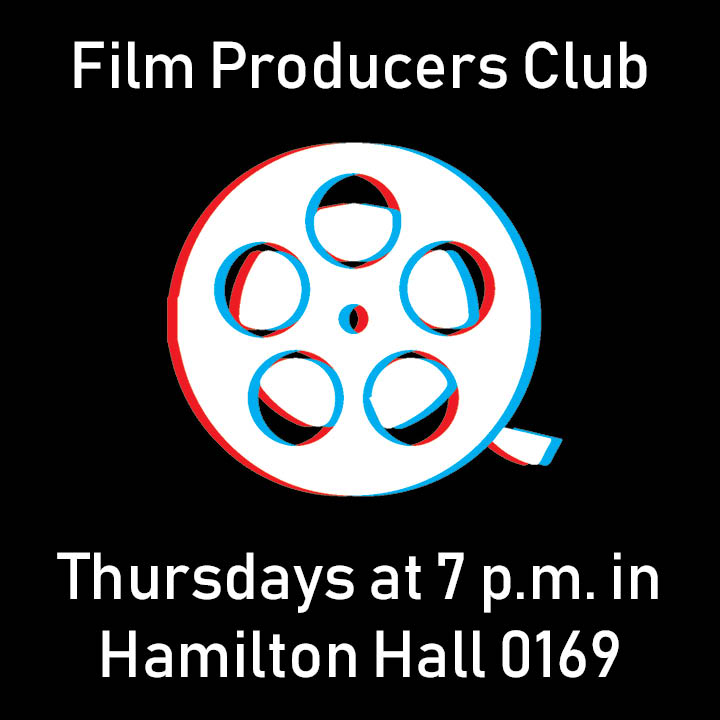 Hey everyone, this is Dominick! On Thursday we will be having our fourth Film Producers Club meeting of the semester. This week we will be splitting into groups and recreating iconic film scenes in a genre different from the original. Think something like the "I am your father scene" from Star Wars but it's a comedy instead, something like that. Get creative with it, you can choose any scene you'd like.

As always, club will be this Thursday at 7:00 P.M. in Hamilton Hall in room 0169. Facemasks will be required as per usual, so don't forget to bring one!

That's all I have for now. Please feel free to email me with any questions, comments, or concerns you may have.